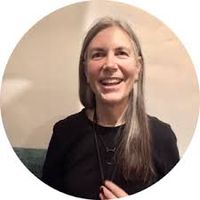 Professor Syvitski is recognized for outstanding global leadership in understanding the dynamics of sediment at the earth’s surface. Professor Syvitski’s contributions have illuminated many facets of sediment on planet earth, on topics ranging from Arctic fjords to sinking deltas to worldwide sediment delivery to the oceans. As founding director of the Community Surface Dynamics Modeling System, Jaia’s leadership nurtured a new, diverse, and exciting community, and led to the creation of a new era of integrated modeling of landscapes and seascapes. Jaia’s work with the International Geosphere-Biosphere Program (now Future Earth) and writings on the Anthropocene concept helped draw attention to the many ways in which humanity has transformed planet earth to a state without parallel in the history of the human species—a transformation so extensive that we have effectively crossed into a new geological period. In addition to being a Fellow of the American Geophysical Union, Jaia is a recipient of the Francis P. Shepard Medal for Marine Geology, an Honorary Doctorate of Science from Newcastle University, and the Huntsman Medal for Outstanding Achievements in Marine Science.