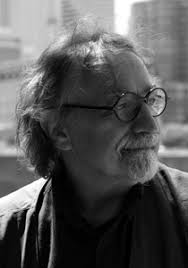 Professor Paola is both a pioneer and world leader on the subject of quantitative dynamic stratigraphy. Chris has enormously helped petroleum companies through consortia, in understanding how their fabulous 3D seismic data of basin fill can be better interpreted through 3D tank experiments. Chris has helped to organize the field of sedimentology, stratigraphy, and geomorphology through his service at NSF, AGU, GSA, and AAPG from within his position as National Co-Director of NCED and his long-term support for CSDMS. Chris is an over-achiever in bridging the domains of engineering and science, physics and geophysics, hydrology and geology, geomorphology and stratigraphy, and biology and geology. Chris has won numerous awards, including the Geological Society’s Charles Lyell medal in 2011 and the SEPM’s Laurence L. Sloss Award in 2014 for his studies of basin filling and controls on physical stratigraphy, braided streams, particle fractionation in depositional systems, bedform dynamics and self-organization in landscape evolution. His stellar 2000 review paper in Sedimentology on quantitative models of sedimentary basin filling has become a classic. Chris has mentored many fine students, many of whom have gone on to be honored as leaders in our field.