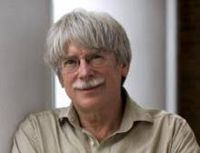 Professor Alan Howard epitomizes an awardee of the CSDMS Lifetime Achievement Award. Alan has been contributing insightful and innovative earth-surface dynamics modeling since the early 1970’s -- an act of courage since his colleagues were not exactly supportive of that field. Concepts that he began exploring in the 1980’s are now fundamental in landscape evolution. The nature of his personality is that he is a "quiet pioneer": not the type to try to make a big splash with a nature paper, but rather with a thoughtful and understated style. His modeling efforts include those river channels and networks, floodplains, speleology, Aeolian dune transport, groundwater transport, badland development, planetary impact craters, Martian landscape, and even continental margin features of interest to the Navy. Over the years he has influenced and trained exceptional students and post-docs. It is with our admiration for his intellectual and personal integrity that we wish to honor him with the CSDMS Lifetime Achievement Award for 2013.