>> Open a new browser window and open the Web Modeling Tool here and select the ROMS project
>> This WMT project is unique in that there is only a single driver, ROMS-Lite. It is a pre-compiled instance of the larger ROMS system specially configured to the river plume case for teaching use. 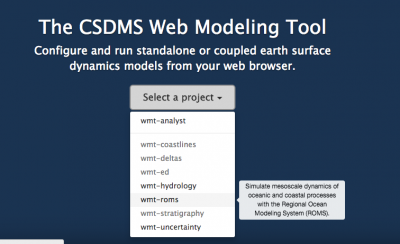 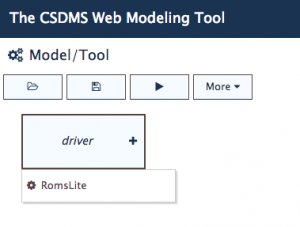 The numerical experiment has been designed to use idealized inputs (see Lessons 1 and 2), including temporally constant wave energy. The standard inputs for the WMT ROMS-Lite are a significant wave height of 2 m, and a dominant* wave period of 10 s. The direction from which the waves are traveling is set at 1.6 radians measured clockwise from geographic North (nautical convention). Currents in the model vary in response to the river plume entering the shelf, but are generally directed alongshore in response to a larger-scale southward flowing current. Together, the modeled waves and currents affect estimates of bed shear stresses, as well as sediment transport and deposition on the shelf. 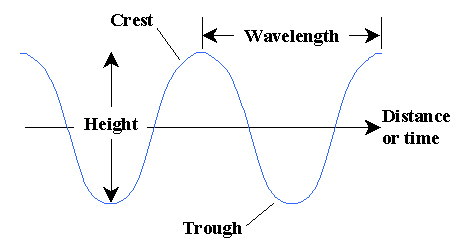